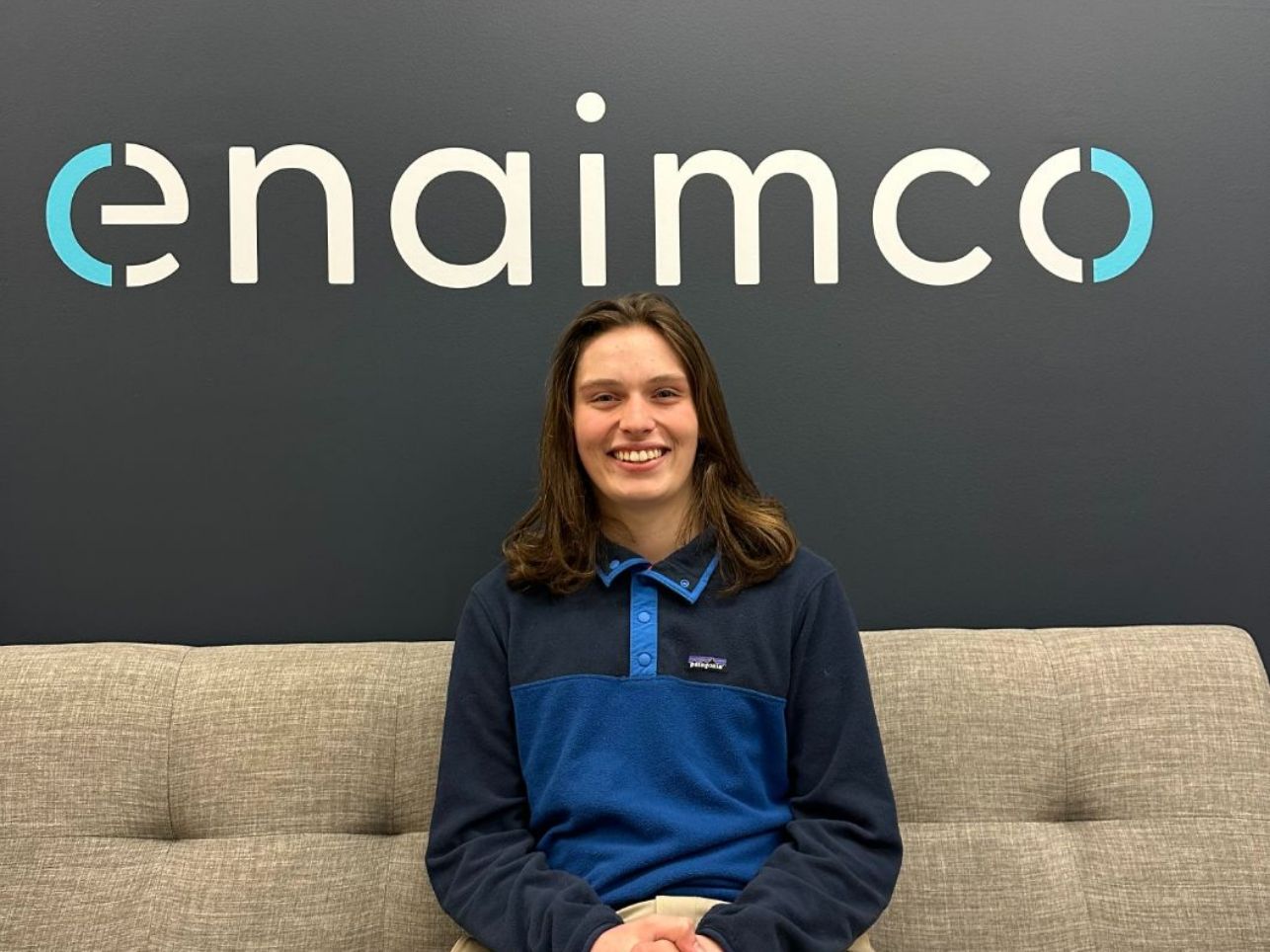 From a university dropout to software developer in 10 months

Joel dropped out of university because traditional education wasn't a fit for him. He joined Get Coding in May 2021, and by March 2022 he had a job at enaimco.

Can you introduce yourself?

What did you do before Get Coding? Did you go to university?

When I was out of high school I started at MUN, I did a couple of semesters there, and I kind of realized that it wasn't really the best fit for me and the way that I learned, so I started looking around for alternatives, and I landed on Get Coding.

When did you know you wanted to get into software and computers?

Well, when I was in high school, I did learn some Python, so I did a small competition for coding, and I kind of got the bug for it, I guess, and it was kind of something that I just wanted to move my way into and learn more about, so that was kind of where I started.

Why did you choose Get Coding among the different options for the tech training?

I think Get Coding was a good fit for me because I got to work with different coaches, make connections within the industry, and work hands-on while I was learning rather than just kind of recounting something from a book. I got to learn by doing, so it ended up being a good fit for me.

How did you find learning how to code?

I thought learning how to code was a great experience. I think at first when you kind of sit down to try to learn it, it's a lot at first, but slowly as you work in it, you kind of get a feel for it, and eventually one day I found at least that it just kind of clicked and it was kind of off to the races from there.

What did you learn during Get Coding?

Can you tell us about one of your projects, the one that you are most passionate about?

My most exciting project was a project called Fishopedia. I built a database, this is for the Node.js portion of the program, and I built a database in SQL with all kinds of different aquarium species of fish. It was a tool on the React.js [front end] side that allowed you to keep track of your tank's levels to make sure that it was a healthy tank as well as get information about your individual fish and the care requirements that they need, and then you could create a fish tank and it would kind of make sure that your fish tank was set up in the right way for its inhabitants. It was really cool; actually, I kind of built it for myself.

Were you working during the Get Coding program?

Yeah, I was working in retail. I worked almost full time during the Get Coding program. It was really great because Get Coding wouldn't interfere with my work schedule so I'd be able to work during the day and do the Get Coding in the evenings or on a day that I wasn't working I could just get up in the morning and act like a regular programmer so that was great to have that flexibility and be able to make my own schedule.

What would you tell our current students?

I think something that I really learned that I would probably tell other students is that your coaches are there to network with and learn from, so ask them questions about their day-to-day job and not just about the code that you're writing. That's half the benefit of the programme: having these people to pick their brains and say what would you do if you were entering the tech scene right now.

Can you tell us what you do now?

I'm a software developer here at enaimco. I write React.js mostly we also write Node.js for our backend. We build subsea asset management software here with the intention of trying to reduce carbon emissions from oil companies that are, say, inspecting their assets or trying to manage their data in a better way.

How do you feel about your job and working in tech?

I really enjoy my job! I'm excited to come to work every day I feel like I'm doing something that is really going to have an impact on the carbon emissions and making people's lives easier in their day-to-day jobs. I also work with a great team, and I think the collaborative environment of working with other people that do the same thing as you is really important and a really great experience.

Were there any transferable skills from your last job?

I don't really fold a lot of t-shirts here hahaha.

How did you find this job?

Actually, this kind of goes back to the networking power of Get Coding and meeting a bunch of different people that work in the tech industry. During the program, my current boss was actually the boss of one of my coaches, and after he moved companies, I had been introduced to him, he reached out to me and we connected from there, and that's how I kind of got here.

How long did it take you, from join Get Coding to getting a job?

I think the period was just over 10 months, and it felt like a bit of a whirlwind from not even really knowing a whole lot about web development all the way to working in a professional environment where you are tasked with building real features, so it was a really great experience, and I learned so much during the programme and even more since I've started working in a professional environment.

What would you say to people that are considering switching their careers to tech?

Any advice to our future students who are going to join the program soon?

I think that Get Coding is just such a great program, and if you are on the fence about, you know, embarking on this journey, then just jump in. It's a great program.

Any advice to our current students?

The biggest advice is just to keep working on it, it will come. The more problems you solve, the less problems you'll run into in the future because you'll already have been through that problem before. Slowly you'll just kind of develop a sense for why this isn't working or how this could be structured better and stuff like that.

Any advice to our grads who are now trying to find their first job?

[Job hunt is an] exciting time because you get to learn a lot about a lot of different companies and I know it's like it's easy to get worried about maybe not getting a job or taking too long to find the job but you will find the right fit for you, it's just a matter of time. Not to mention the fact that throughout your job hunting, it's not a waste of time; you're meeting a lot of different people that you probably will run into in the future working in this industry, so you know you're already going to have lots of connections.

Can you describe Get Coding in one sentence?

Can you describe Get Coding in one word

From a university dropout to software developer in 10 months 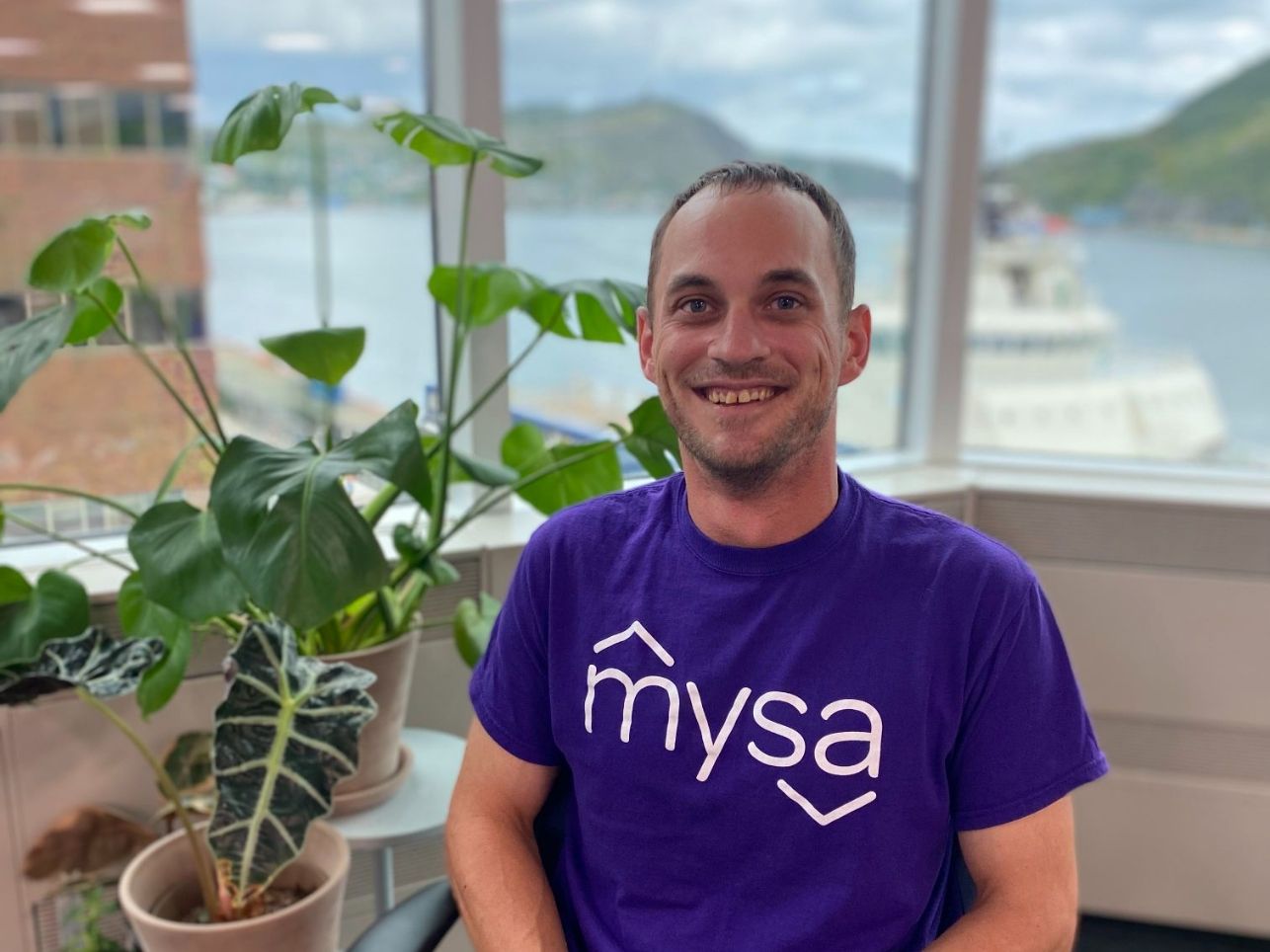 From a heavy equipment operator to a web developer